Shaking up the Sandwich Generation 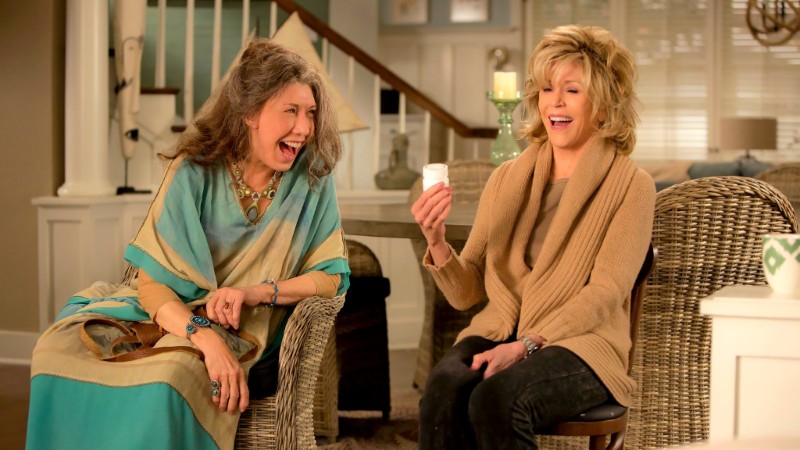 Jane Fonda and Lily Tomlin have found a reprise in their acting careers. They have wowed new audiences with their Netflix hit “Grace & Frankie.” The two starlets play wives to their husbands who are partners in a law firm. Their worlds are disrupted when their husbands reveal that they are in love with each other and want a divorce. The hilarious show covers the fallout of a divorce in your 70s and their attempt to reclaim and rebuild their lives…with what time they have left.

In the most recent season 4, the tenacious Grace makes a big mistake by hiring a contractor without doing due diligence. This contractor took off with a big check and all of her copper pipes. The effervescent Frankie gets lost while driving her new granddaughter around. Their adult children were alarmed to see their parents take such a turn. Before they knew it, both Frankie and Grace were put in assisted living at the strong request of their children.

Too close to home?

While this may be a work fiction, this season of Grace and Frankie has a lot of families talking about when it is a good time to move their parents into a home or assisted living center.

This may be a tough conversation to have with your parents, but it is best to start the conversation before it’s too late.